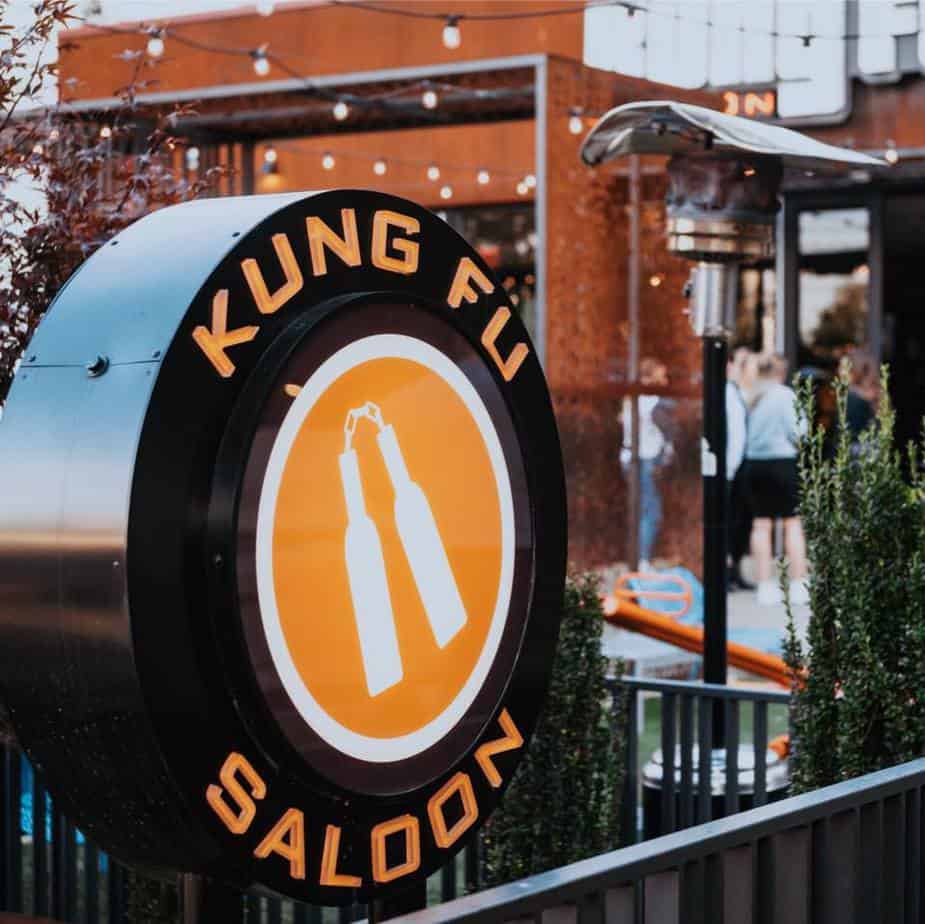 Did someone say the B word?

Nostalgia is just around the corner in Midtown and it has a new “old” thing called a Speakeasy.  Ever heard of it?  A speakeasy is a special type of event which began in the time of Prohibition.  They were safe havens to enjoy alcoholic beverages and in a concealed room in the back of the building that only a select few knew about.

Well today, speakeasies are no longer secret meeting places, they are pop ups like the new Beetlejuice themed Speakeasy popup in Nashville!

We heard Kung Fu Saloon is a cool spot to hang out in Nashville and after adding something like a Beetlejuice Speakeasy, it definitely made our list of places to know about.  We had a chance to visit KungFu Saloon before opening this week to take a peek at the Beetlejuice Speakeasy Room and chat with Bri Domowitz, the event coordinator:

Bri escorted us into the saloon and we immediately walked into what looks like the Beetlejuice movie set with a bar smack in the middle.

So, Nodat is all about helping the people “know that!”, let’s start with what a speakeasy is?
Bri: Back in prohibition times, they had little hidden bars, that were very low-key, also very cocktail based, with a bit of an elevated menu with higher end whiskeys and tequilas. Kinda like Patterson House, you have to go behind a curtain to get to it, like Red Phone booth also, you only know about it unless someone tells you about it.

Oh neat..well what was the inspiration behind a Beetlejuice themed speakeasy?
Bri: Umm, honestly just the hype that Beetlejuice creates, it’s a fun theme with a large following. In Austin, we have a Goonies popup, and then we’ve got Ghostbusters coming in . We’re kinda hitting that demographic of late 80’s, early 90’s, that’s kinda the feel we’re going for.  Anyone coming back here, the price point is little higher, we want to hit more of the mid-age range.

Yes, people who could appreciate it.
Bri: Exactly, appreciate a nice cocktail, they don’t want to just sit there and drink it real fast.  There’s a completely different atmosphere in here than out there. (Out there being the lounge for the Kung Fu Saloon).

Is there or was there a grand opening for the Beetlejuice speakeasy?
Bri: No, we just kind of rolled it out. A staff member leaked some photos and it took off.  Last time I checked, there were 30K shares.

Was this on purpose?
Bri: Not on purpose, but I can’t be mad at it.  Apparently, Beetlejuice has a huge following. We are all so shocked.

Is there an end date for the Speakeasy?
Bri: Not set in stone, we can say about 6-8 months give or take. Perhaps October/November.  Probably til Halloween, I want to obviously keep it open then, and after that we will close it down and switch it over to something else.

Is there an entry fee to get into the speakeasy?
Bri: No, people can come anytime 7pm, Thursday-Sunday. We take private reservations on a case by case basis. Reservations are hard, with the limited seated in there.

So, I imagine that you guys would have to limit it, is there a number?
Bri: We are at about 75 % in the bar, it gets busy as soon as we open, most people get in, take their pictures, go out, come back in.

Are you guys playing specific music in here?
Bri: Yep, so it’s pretty much 80’s retro music, that’s it, we don’t play anything else, it’s a customized mix put together by our DJ.

Oh my goodness and I just imagined the movie (Beetlejuice) playing somewhere..
Bri: Sometimes we play it out here (in the bar), opening night we had it playing on all of the TVs out there.

That is so cool, so is this the first speakeasy popup you’ve had?
Bri: In Nashville, yes, we are planning to change them every 6-8 months, we will rotate the others in. We will probably get Goonies next or ghost busters, so as we continue to add them, we’ll rotate them in.  It is a whole production, this is done by the Art Scene Alliance in Austin, they created the customized pieces. All of this stuff was driven in.

Bri then, grabbed a specialized menu for the Beetlejuice speakeasy room and we moved to the main bar area.  The menu was justifiably called the “Spirit guide” and equipped with cocktails like “Rogue Dead Guy Ale”. There was so much more to discover about Kung Fu Saloon. We were excited to see all of the arcade games.  They sent us back in time to the days, when as a kid playing Skee-Ball. Wow!

I’ve never heard of Kung Fu Saloon, how long have you been here?
Bri: We’ve been open for almost 5 years here in Midtown, our first location was in Austin, TX about 11 years ago and we’ve branched out since then.

I’m feeling the whole 80s 90s vibe, and the menu coincides with the theme!

So, is the speakeasy something you’d sort of speak easy about..?
Bri: That would make sense.LOL  I honestly have never looked in the background of why it’s called a speakeasy, but that would make the most sense.

Oh my gosh, I spotted “The Christmas Story Lamp”. And underneath (the lamp) and the photo booth, do those have connections to movies also?

Bri: So, Zoltar is from the movie Big, with Tom Hanks when he’s a kid and puts the coin in the time machine and becomes an adult. It’s an 80s cult classic.  The photo booth has really nothing to do with anything…we just think it’s fun.

So, is there any connection to the name of KungFu Saloon to the retro vibe?
Bri:  It’s just a fun name. We’re owned by four guys who all worked in bars forever and decided, “hey let’s open a bar.” They wanted the vibe of walking in and being a party all the time.  They wanted people to walk in and think “What do I do first?”, “ Do I play games, do I dance, do I get a drink?” The options are endless.

Oh so dancing is a thing here?
Bri: Yep! We have a DJ Booth up front and people sort of wiggle their way around the building. We have arcade games, Skee-ball, and shuffleboard. We also have two private karaoke rooms. Those are usually rented out on weekends. I mean we rent them out all the time, but we’re usually booked all weekend. It’s $35/hr and fits about 10-15 comfortably.  It’s another fun option.

Can you choose your songs?
Bri: Yes, it’s a program called Karafun, hooks right into your smartphone and hooks up to everything in there, you just choose your song, it has more than 41,000 songs and if for whatever reason you can’t find your song, they hook up to the internet as well, so you can youtube, Spotify or do whatever you need.

What time are your Happy Hours?
Bri: 4pm-6pm, DJ starts usually at 9pm, Saturday all day.
How late do you guys stay open?
Bri: 3am
Ohh, so it can be like the late night or the “after hangout spot”, how long is the kitchen open?
Bri: 10pm
Do you primarily just beer and whiskey?
Bri: You can get any drink here, we’ve got 24 beers on tap and a bunch of bottles. That’s the difference, we don’t have Miller or any domestic beer back there (in the speakeasy room) you’ve gotta come out here (the main bar)  to get it, but you’re welcome to come back in.

Is there anything you want folks who’ve never heard of KungFu Saloon or heard of a speakeasy to know?
Bri: The only thing I can say is we’re 21 and up.  That’s a big issue I keep running into. People keep trying to come in, one, they try to come in on off days and then they try to bring in people underage.

Those are the two main things. The Other thing is our entrance is our front main entrance, don’t try and come in on a side door.  The speakeasy is INSIDE Kung Fu Saloon, Inside the building not attached.

Well, I can see why kids under 21 want to come in, just look around, it’s a cool place to be.  Can I just throw in dibs for a Stranger Things Speakeasy?
Bri: (LOL) Maybe, maybe it’s not off the table.

KungFu Saloon and other local bars have found a goldmine in 80s/90s themed parties for Millennials looking for a good time. I can’t wait to check out Kung Fu Saloon very soon.  Will you be headed out for a nostalgic night of retro fun and drinks? Download our app on iOS and Android to Nodat! 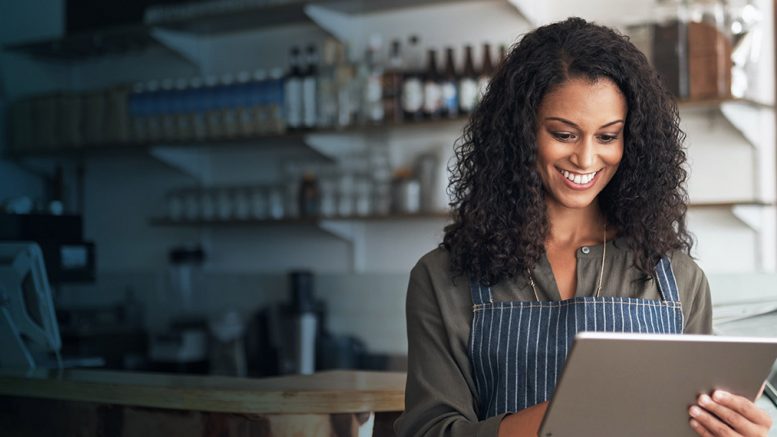 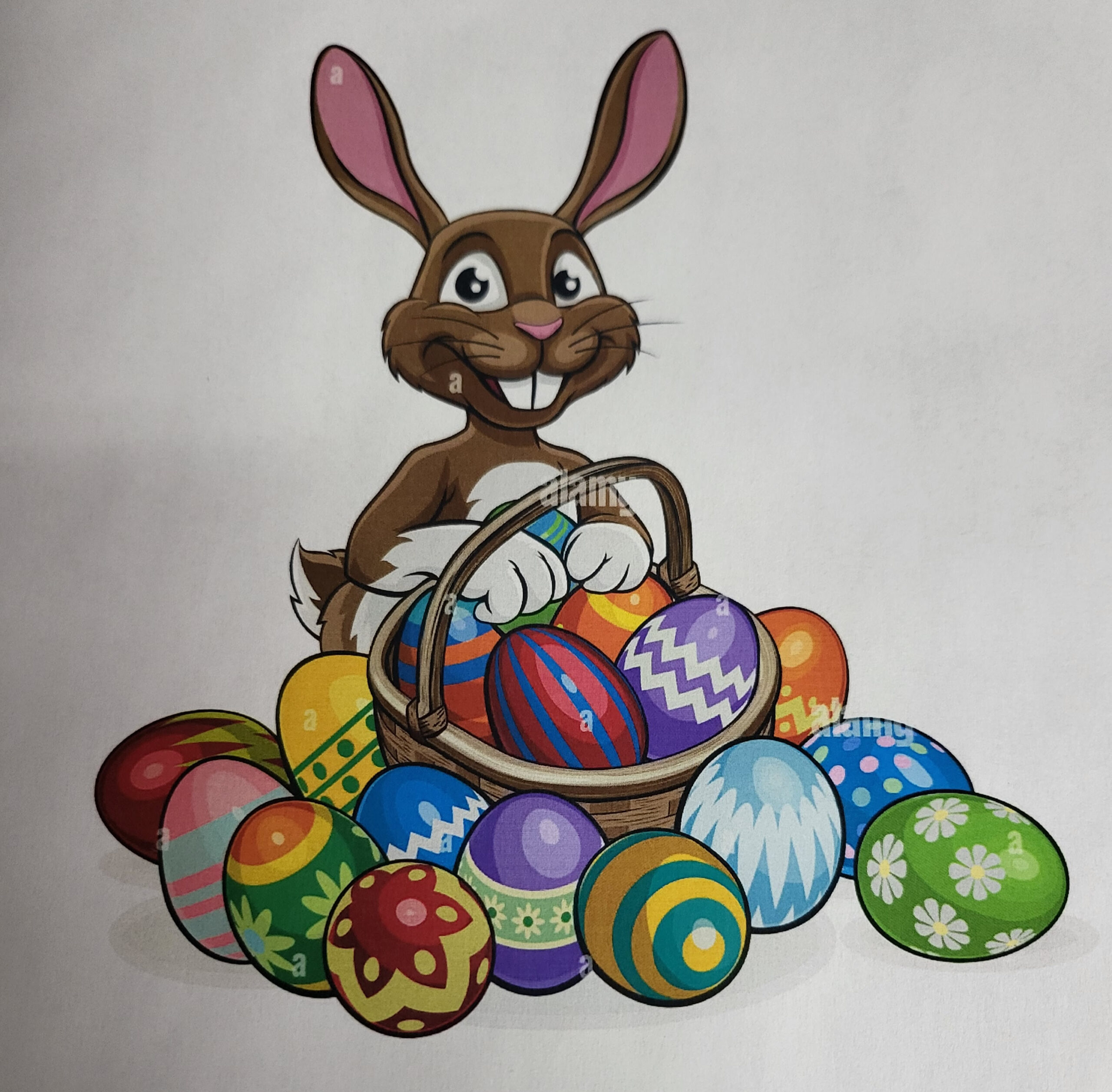 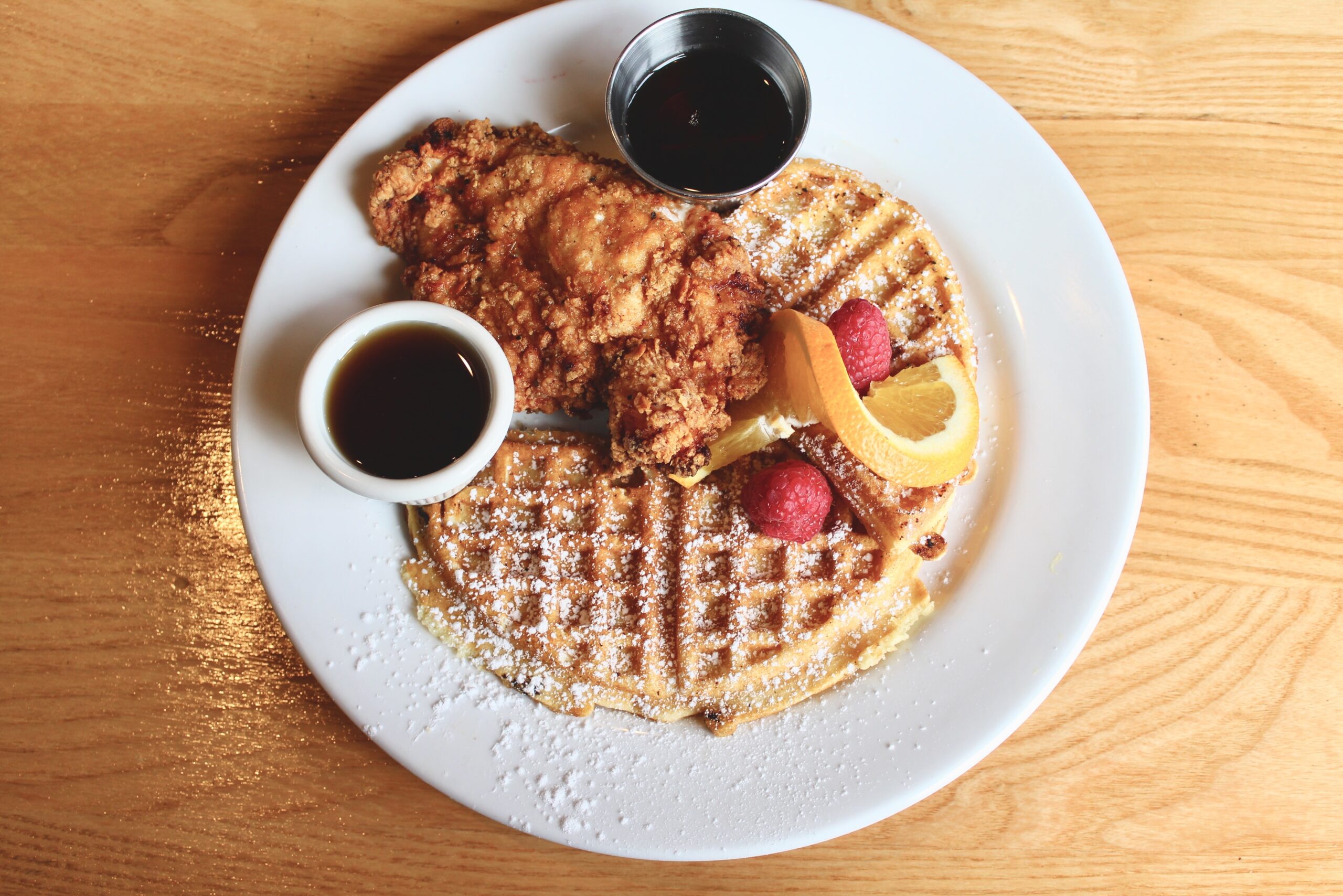 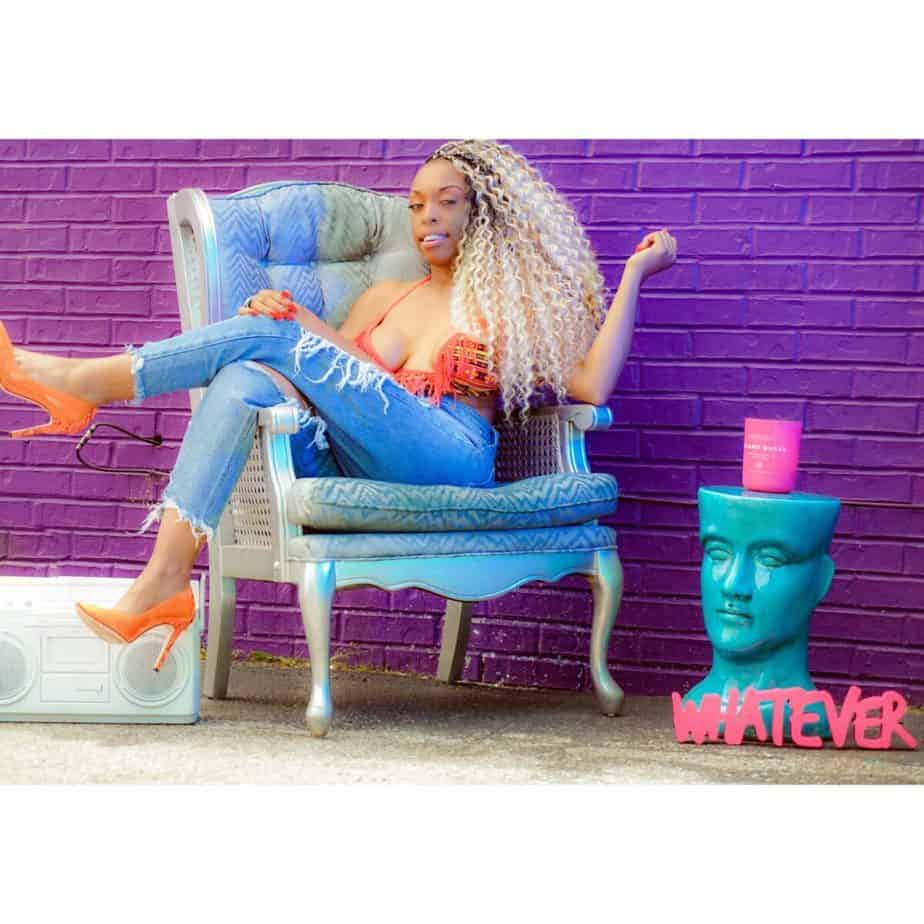